You are here: Home / News / Industry News / Another big use of old containers

Another big use of old containers

Another big use of old containers

Invented half a century ago, the container in a container is now a key element of the global distribution network. Every day, containers carry ingress from China, Indian textiles, American grains and German cars are sent around the world. 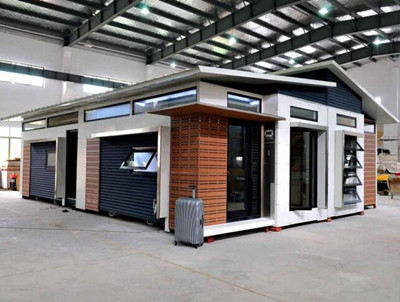 However, a shipping container has a service life of only 10 to 15 years. John Maeearone, chief executive of Tex, the world's largest charter company, has estimated that from 2004 to 2008, only sea containers were produced by about three million TEU (international standard box) per year, while about one million TEU containers were out of the market due to age and other reasons. How to deal with these waste containers efficiently has become a serious problem.

SG Block, founded in New York in 2007, saw an opportunity: containers could be used as a useful container in addition to a means of transport.

The company's founder and chief executive, Paul. "SG Blocks wants to get mainstream society to accept this form of housing," says Mr Galvin. "

Calvin points out that container buildings have the following advantages: depending on the location of the building, the construction cost is usually 10-12% lower than traditional buildings; Each container is 8,000 pounds, 40 feet long, can carry 50,000 pounds, and can be stacked layer by layer if the customer needs it. Galvin says this feature makes the finished container building look like a giant steel beehive.

The industry believes that the company's emergence is in line with two major trends: the growing recognition of prefabricated buildings and the growing emphasis on greenery in the world economy.

"Everyone in the construction industry is looking for greenness, and so am I. "Peter, a real estate developer and SG Blocks investor, said: "It's a big, good thing. Soudler said. ...